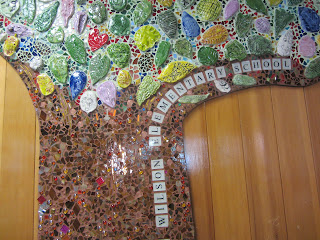 During the month of March I was an artist in residence at Wilson Elementary. I led students from kindergarten through 5th grade in a series of drawing classes that represented some of the basic fundamentals of art. Projects were chosen based on concepts I find important as an artist as well as accessibility to a wide range of ages and art backgrounds of students.

The first class was based on learning about different values and creating a series of still life sketches. We started with creating a value chart which gave students an understanding of shading and practice pressing lightly and firmly with their pencils. 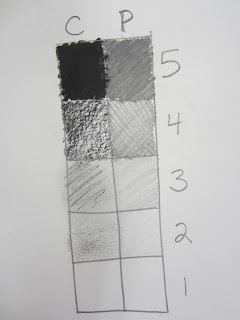 Students then broke up into groups and studied a variety of fruits placed on each table. They were given different goals for each fruit and different mediums to sketch with ( charcoal, colored pencil, chalk pastels). Some wonderful sketches were created and students were encouraged to really examine the fruit as if they were scientists rather than drawing from memory. 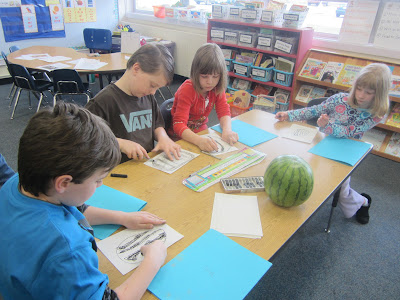 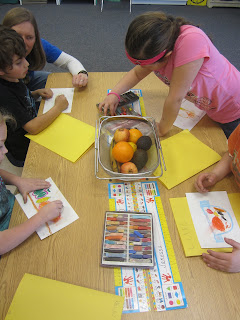 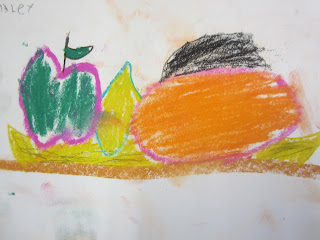 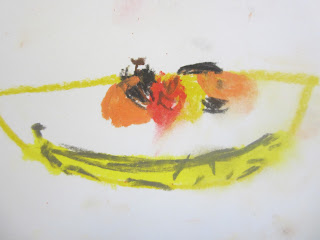 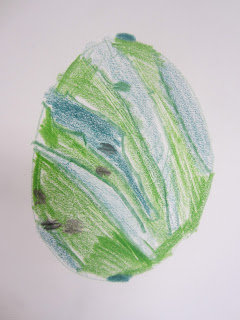 During the second session we worked on drawing the figure. We started with creating stick figures using ovals and lines. Students broke into pairs and took turns modelling for each other in different poses while the other partner drew them. 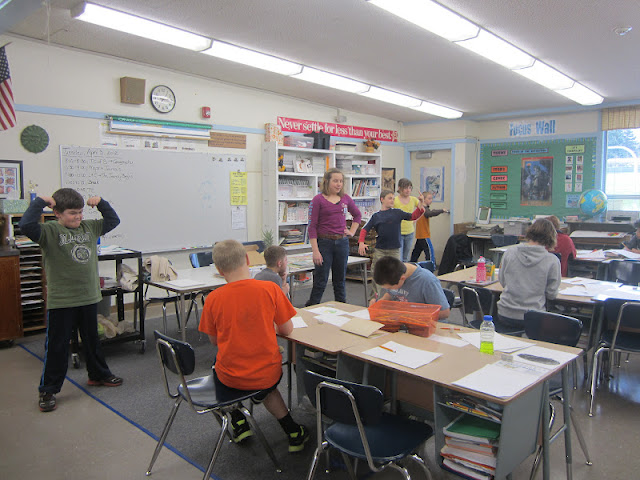 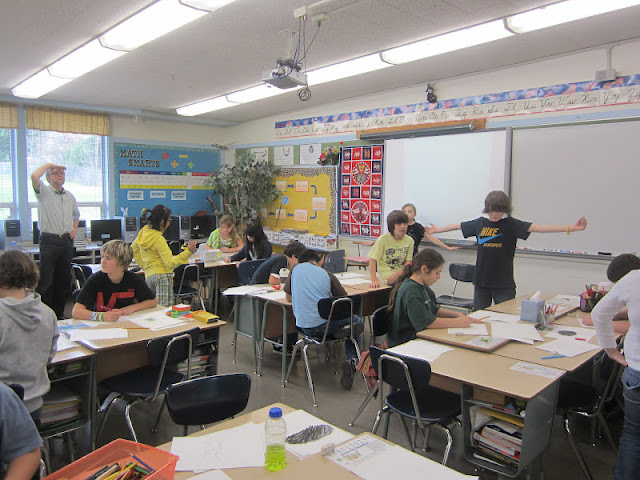 Students then learned how to "flesh out" their drawings giving the figures muscles and then turned them into their own characters. Here are some of the examples of the characters they came up with! 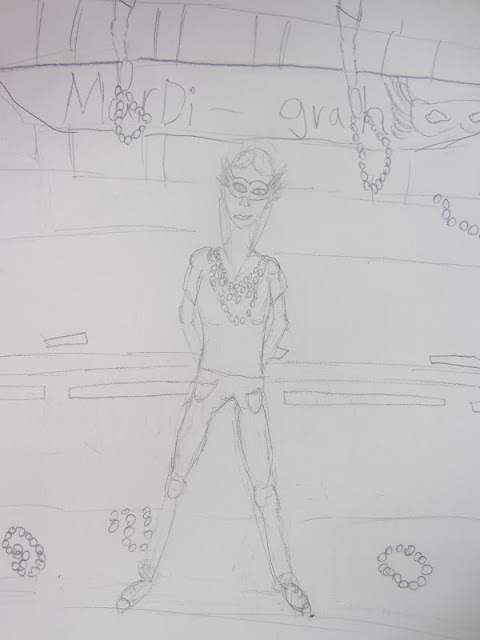 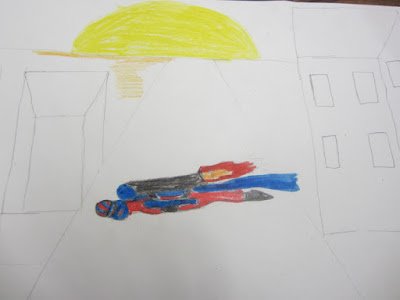 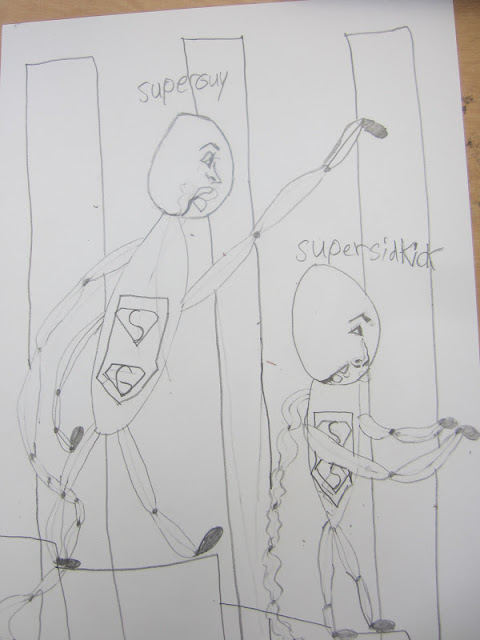 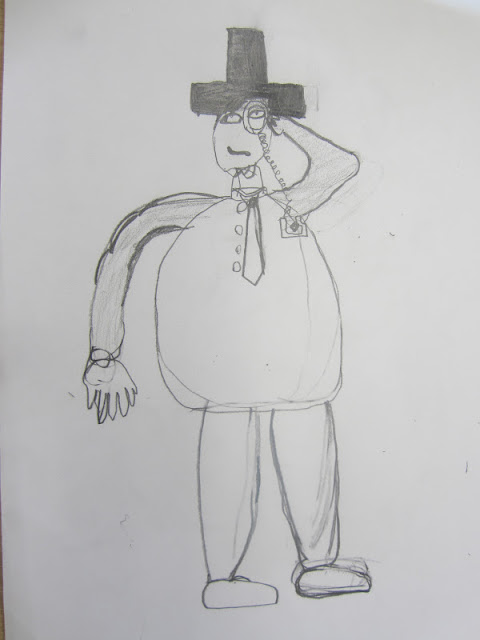 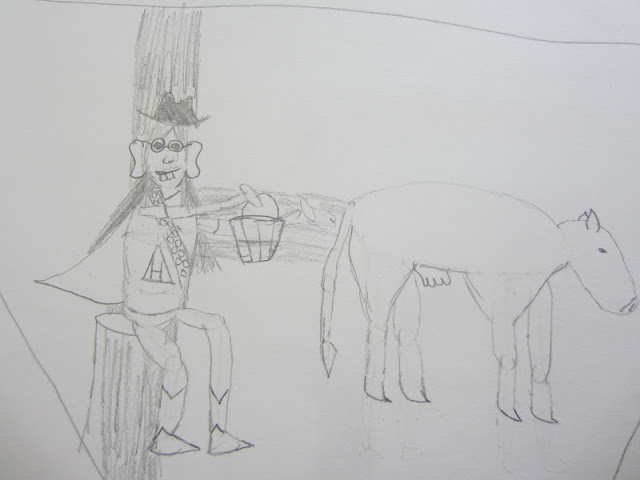 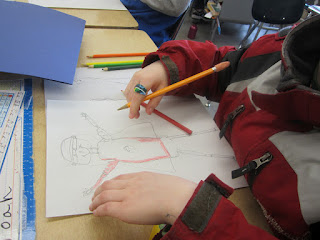 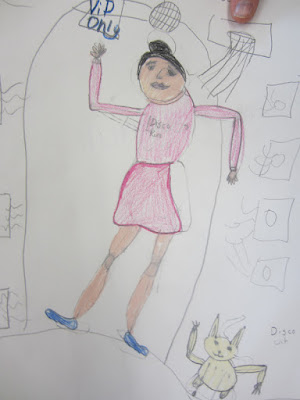 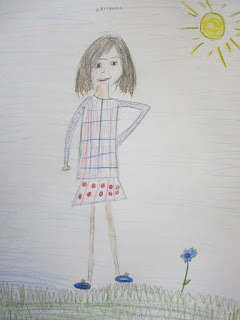 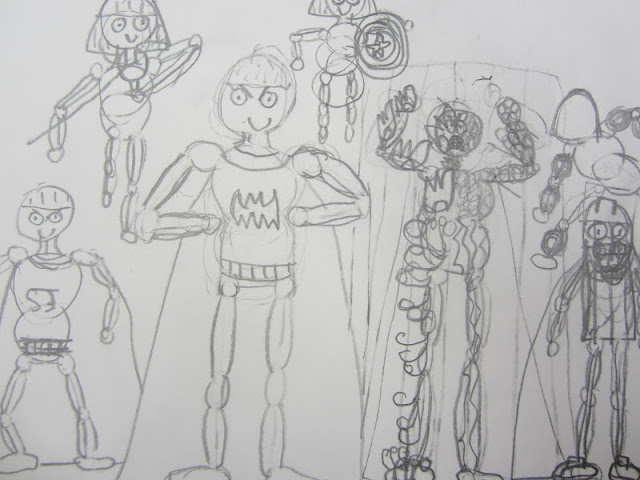 The last session was on perspective drawing. I did different projects for these based on the age group I was working with. Some of the classes learned how to make basic cubes by connecting all corners they could reach to a viewpoint in the middle. They then drew circles in their cubes and created a snake that curved through them. 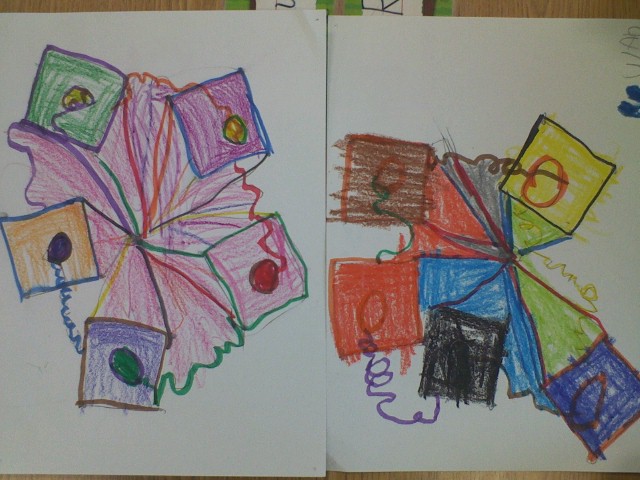 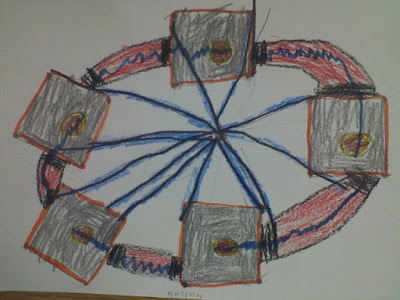 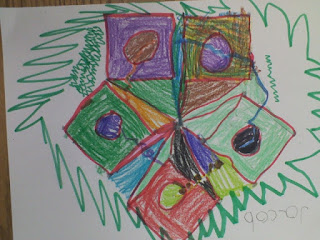 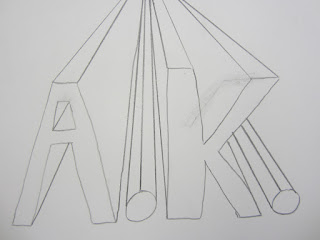 Other groups learned how to use one point perspective to write their names/ initials. 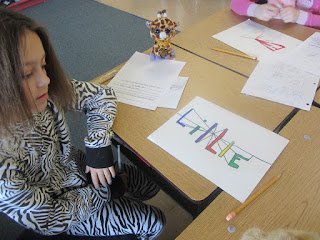 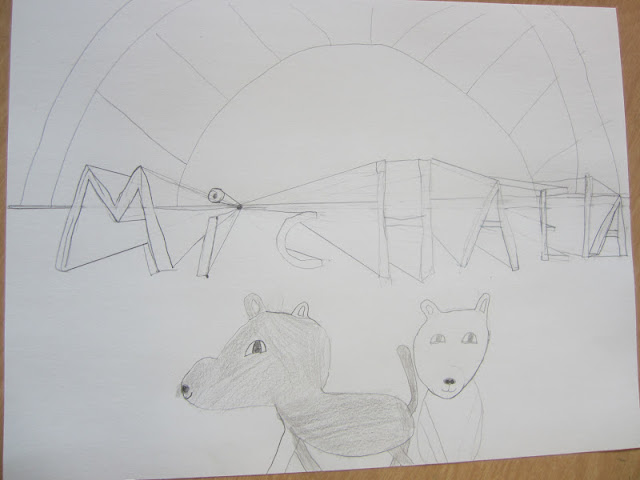 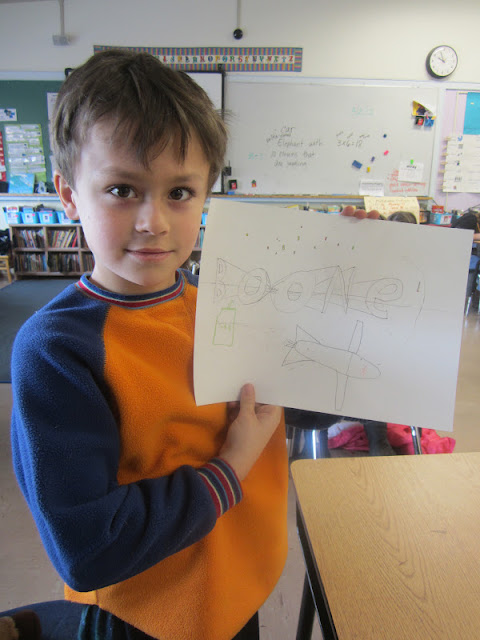 I covered a wide variety of techniques in only a few short sessions so there is much to expand on! I would encourage students to practice as much as they can on their own and encourage teachers to incorporate drawing into school projects. Thanks to teachers and faculty for welcoming me to your school! This opportunity was made possible by the Wilson PTA and the Corvallis Arts center.