Make your own comic strip!! 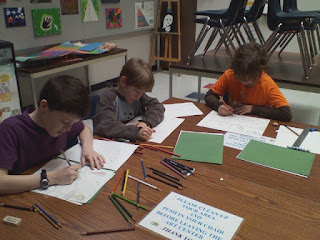 I led a private group of students at the Boys and Girls Club in creating their own comic strips. We worked on learning to draw the figure by breaking the body down into basic shapes. Students then experimented with creating their own characters to use in their comic strips. The next step was developing a story line and deciding on backgrounds. When everything came together they created unique and individual comics! Check them out! 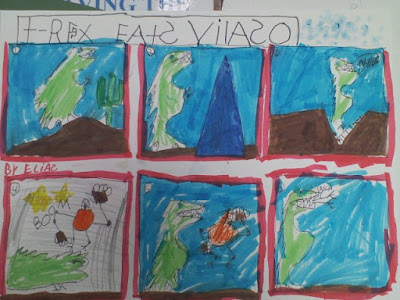 T-Rex goes on an epic journey and is attacked in his sleep by Vilaso. T-Rex eats Vilaso! 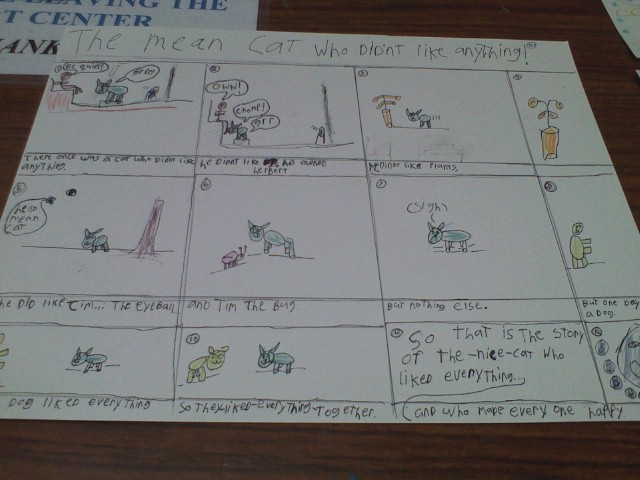 The story of a mean cat who doesn't like anything that meets a dog that likes everything and how the cat learned to like everything too! 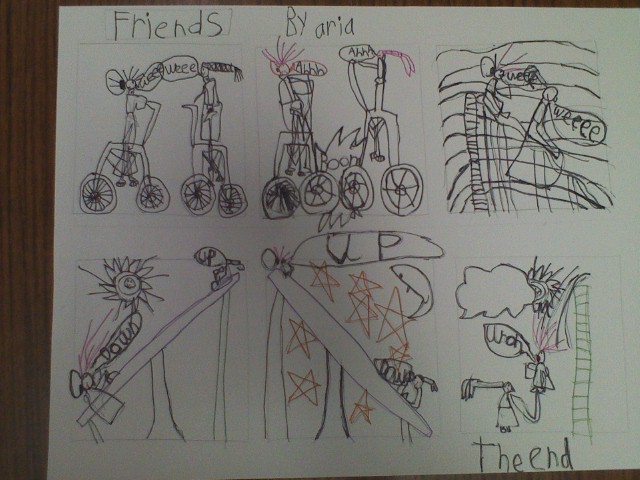 How Pipi Longstocking meets Mr. Big Ear and they become friends and they play. 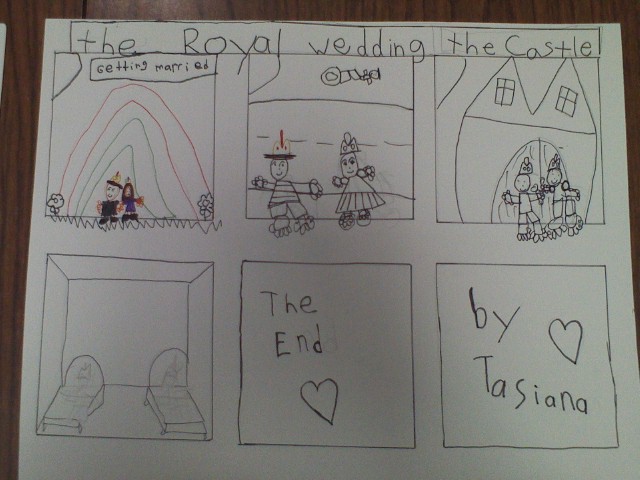 The Royal Wedding, a story of true love and how the bride and groom get married and walk back to their castle and go to sleep. 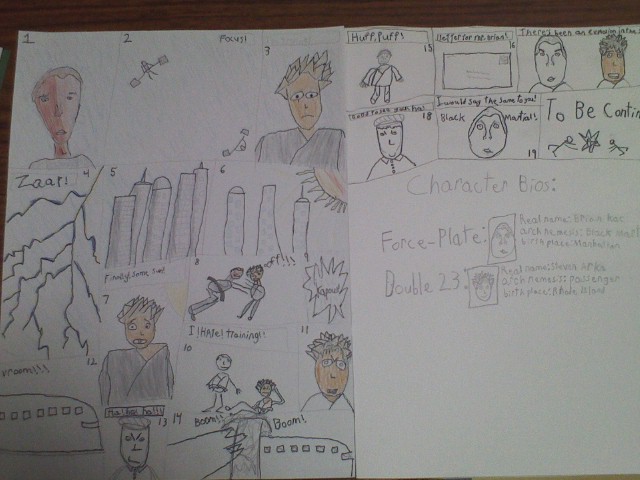 A story about Force Plate and Double 23 and how they are training to protect the city when, BOOM, an explosion! To be continued...
Posted by Diana at 2:40 PM